Nowadays, major IDEs support annotation processing almost out of the box. However, something usually has to be configured or quirks may exist that prevent the processor from functioning correctly.

The annotation processor that is to be plugged into a given IDE is built as single jar without external dependencies.

If you are using Maven, then m2e should configure annotation processing for you. However, for this to work, the m2e-apt connector should be installed first. Install it from the Eclipse marketplace. 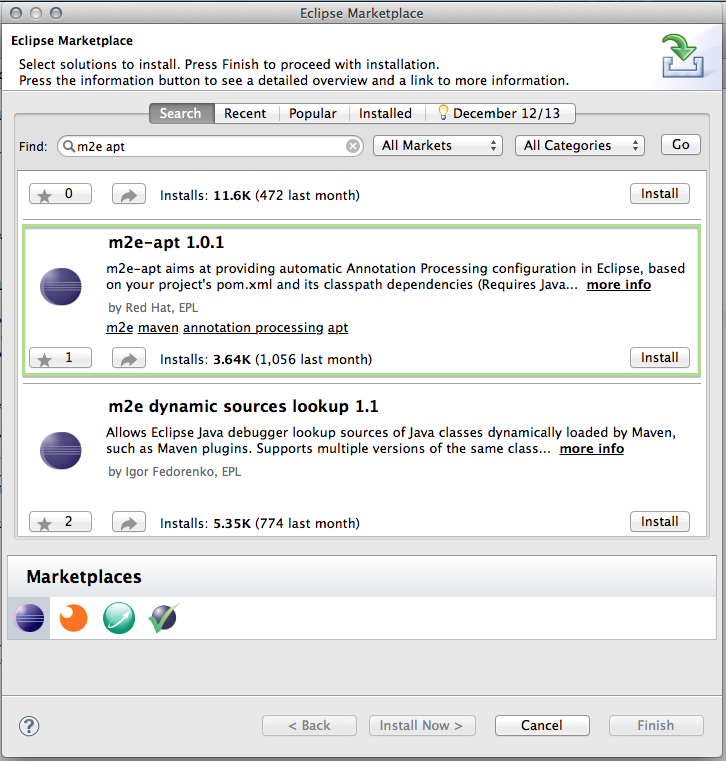 Enable JDT/APT autoconfiguration from Maven dependencies globally or per project.

After this, on each m2e Maven project import/update, annotation processors will be configured from the classpath. 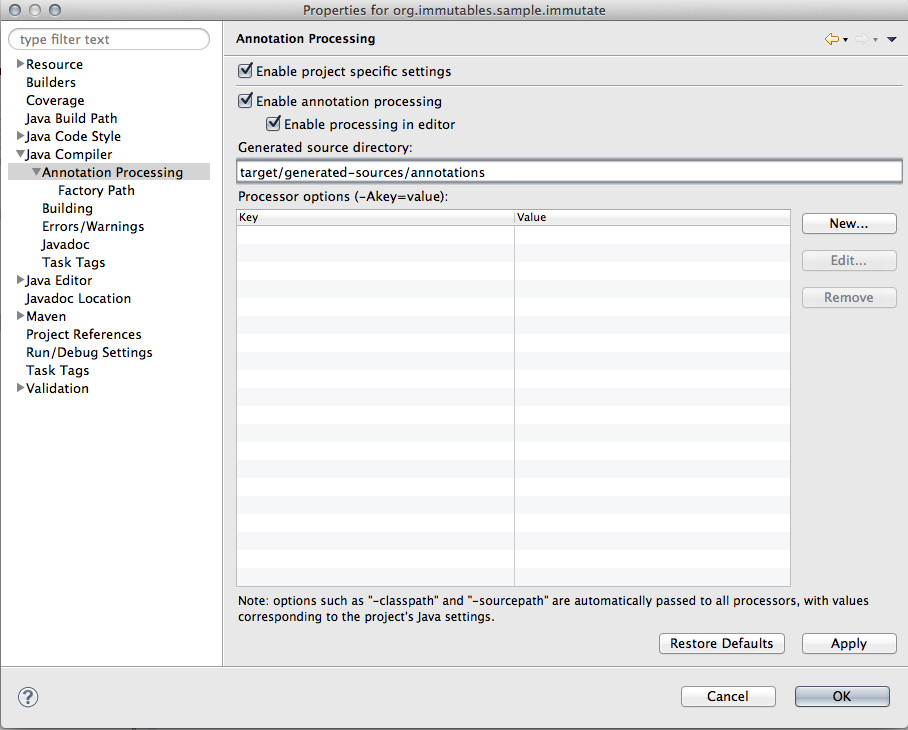 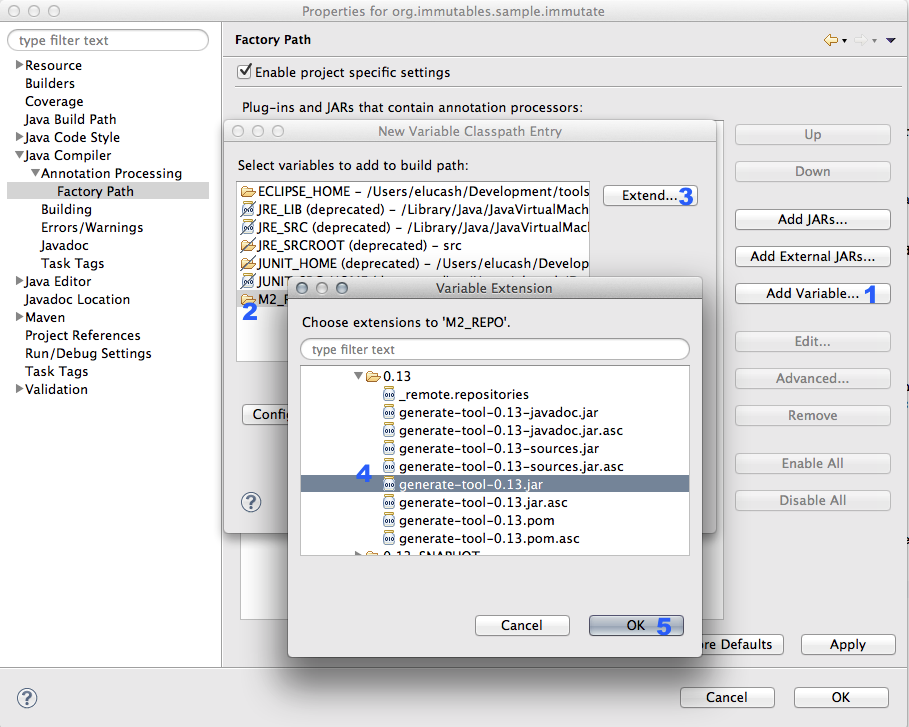 Use the correct jar from M2_REPO: 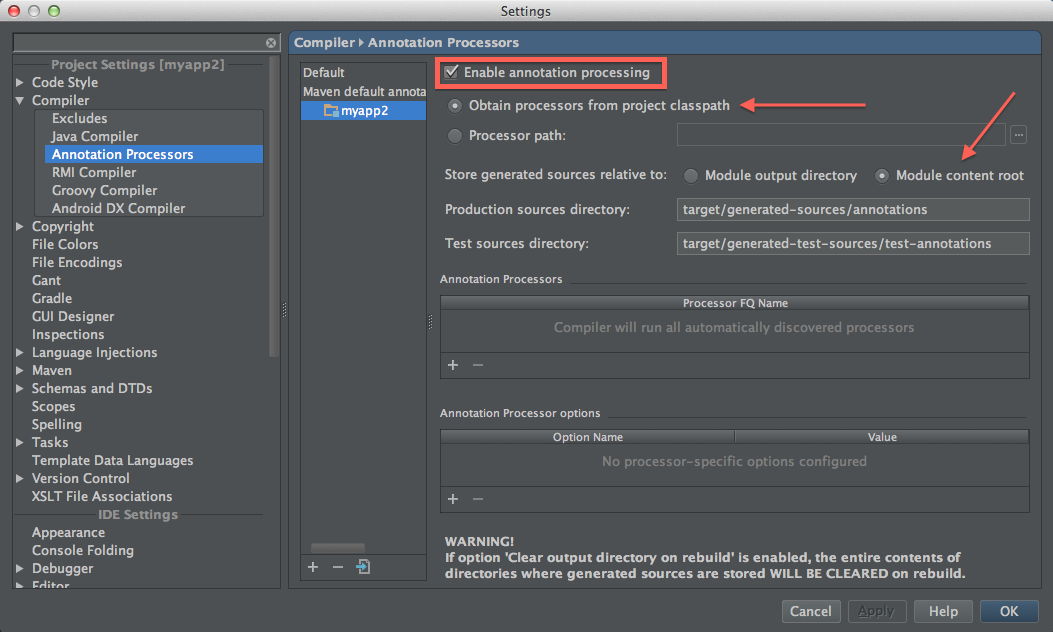 After you do this, classes will be generated on each project build. Generated sources will appear and will be visible to search, autocompletion, and so on.